On October 24 we have an opportunity to elect a government that will work for working people - a message from Jamey Mills, REVP

On October 24 we have an opportunity to elect a government that will work for working people, with a strong majority mandate to build a better BC.

Prior to 2017, the BC Liberals brought 16 years of cuts to public services, mismanagement of crown corporations, and attacks on unions and workers’ rights, which left working people and families struggling. We cannot go back. We must move continue moving forward.

For three-and-a-half years the John Horgan government has made incredible progress with the slimmest of margins in the Legislature. The BC NDP government has introduced Childcare BC, the first new social program in generations. They have created Clean BC, an ambitious plan to fight climate change, and they brought in the largest middle-class tax cut in BC history by getting rid of the regressive MSP.

And the government has shown exemplary leadership in the fight against COVID-19, taking direction from key public health officials like Dr. Bonnie Henry, responding to the financial challenges faced by people and families, and putting additional resources into the important public services that all British Columbians depend upon.

I will be voting for the BC NDP candidate in my riding, and I personally encourage all PSAC members do the same. In these extraordinary times we are all in this together, and we should vote for the party with the best plan for working people.

Election day is October 24, advance voting begins October 15, and you can request a vote-by-mail package online up until October 17. 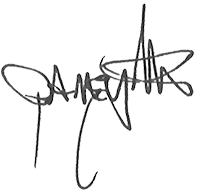