VANCOUVER - Nine months after announcing its closure, the federal government has removed most of the equipment from the busiest coast guard base in Canada and locked the doors for good.

Fisheries and Oceans Canada announced in a notice to mariners Tuesday that the Kitsilano Canadian Coast Guard Station, which responded to about 350 calls a year, will no longer offer search-and-rescue services.

The announcement was made the same afternoon that the B.C. government was introducing its 2013-2014 budget in Victoria, surprising labour leaders who charged the closure showed disdain for the province.

But Gary Sidock, acting assistant commissioner of the Canadian Coast Guard's western region, said the timing was not politically motivated and only followed an exercise on Feb. 4 and another on Monday that showed a new search-and-rescue plan for Vancouver's harbour was operational.

"I made that declaration to the commissioner of the coast guard and recommended the closure of Kitsilano search and rescue station, our commitment being that we would only close it when there would be no increased risk to the public," he said.

"That was our assessment of my team, and I passed that on, and therefore that allowed for the closure of Kitsilano today."

Sidock said during the exercise, the hovercraft was actually dispatched to a real search and rescue.

He said the station officially closed at 1 p.m., and search-and-rescue services will now be handled by the coast guard base at Sea Island, in Richmond, which is 31 kilometres, or 35 minutes away, as well as the agencies involved in the exercise.

The federal government announced the station's closure last spring due to budget cuts, drawing immediate criticism from local labour and political leaders who reiterated their concerns Tuesday afternoon and during an evening vigil.

Vancouver Mayor Gregor Robertson said the city was not notified about the closure in advance, and he'll be working with police and fire officials to determine its impacts.

"Vancouver is one of the busiest harbours in North America and has depended on robust search and rescue services that are professionally trained and fully resourced by the federal government," he said in a statement.

"In the event of major freighter, cruise ship, or aviation emergency, we remain very concerned that the Kitsilano closure will put many additional lives in danger."

Robertson criticized the government for not listening to the concerns of local safety experts and asked residents to continue to raise concerns with their members of Parliament.

"To suddenly close the Kitsilano Coast Guard Station that serves Canada’s busiest port in the middle of the winter with no notice is simply outrageous," said Christine Collins, president of the Union of Canadian Transportation Employees.

"The federal government is not listening to British Columbians who have overwhelmingly rejected closure of this station. Lives will be lost."

Irene Lanzinger, secretary-treasurer of the BC Federation of Labour, said closing the coast guard station while the provincial budget was being delivered showed a lack of respect.

Bob Jackson, regional executive vice-president of the Public Service Alliance of Canada, said it was offensive to close the station on a day when there would be minimized media coverage.

"What could be more important in the role of government than the protection of human lives?" he said in a media release. "The Conservative government's decision to cut an essential service that saves lives demonstrates their reckless arrogance."

But Sidock said the decision to close the Kitsilano station was "created, developed and envisioned by the Canadian Coast Guard."

He said the plan was endorsed by internal search-and-rescue experts as being viable and then sent to Parliamentarians for consideration.

"This is, very clearly, a coast guard initiative," he said. "I'd like to make that clear."

He said the coast guard's assistant commissioner from the West Coast was also involved in making the decision.

Sidock said 12 people were employed at the Kitsilano station, and while some of them are retired, others took postings with the coast guard elsewhere so there will be no layoffs.

Most of the operational equipment has now been removed from the facility, which has been "secured," he said.

Sidock said Fisheries and Oceans Canada and Public Works and Government Services Canada will now decide what to do with the building. 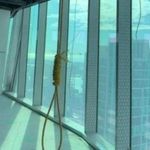 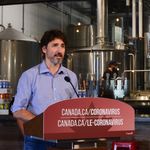 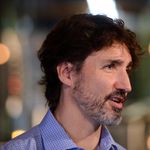 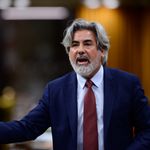 Those Iconic ‘BodyBreak’ Videos Were Made To Challenge Racism

Speakers Corner Came Back To Let Canadians Speak Out Against Racism

Is Giving Masks Away At Fast Food Drive-Thrus Actually Going To Work?

What Does $0 Oil Mean For Canada, And The Oil Provinces?

What We Can Learn About Isolation From A B.C. Lighthouse Keeper